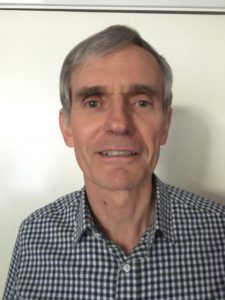 Angus has over 35 years of experience in dams, dam safety management and asset management working in Zimbabwe, South Africa and Australia. He has been involved with most types of dam structures, spillways and outlets. In addition through design and assets management he has worked across all infrastructure from the water source to the consumers taps covering weirs, bores , channels, pump stations, treatment plants, pipelines and tanks required to supply South Australia. Angus is currently the General Manager Assets for the Murray Darling Basin’s $2.8B of infrastructure assets. 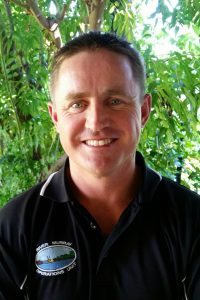 Daniel has worked in his current position as Coordinator Survey Services – River Murray Operations with SA Water for nearly nine years. As part of this role, Daniel became Chief Pilot for SA Water’s UAV operations in 2016 and has conducted over 500 commercial flights with nearly 200 hours of flying time. Prior to his current role, Daniel had worked in various positions but has always been involved with the River Murray system. These roles have included Hydrographic Survey Assistant, Hydrometric Field Officer and Fitter and Turner. Daniel has a strong interest in conservation and the sustainable use of wildlife and is continually finding new ways of developing methods for environmental monitoring. 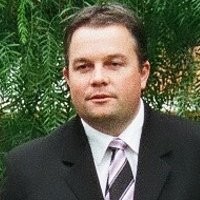 Garry is a Senior Manager River Murray Operators. He is responsible for day to day management of the SA Government River Murray Assets such as Lake Victoria, Locks and Weirs, Salt Interception Schemes and The Barrages. Prior to that, his role was within the rural water sector which included construction and procurement management, Transfield Services. Garry has also worked for Goulburn-Murray Water as a Manager Major Projects and Manager of Assets and a Resident Engineer for GMW Dam Improvement Program. 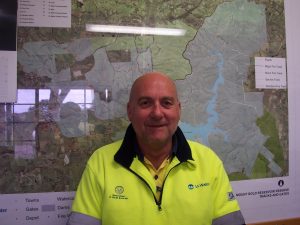 Ken Ruge has worked for SA Water for 19 years. Beginning his role in Networks, then into the Land Management and Reservoirs group for Asset Maintenance and Operations, Ken has now worked as the District Leader/Manager for the last 10 years. This entails the managing of 7 reservoirs from Happy Valley to Kangaroo Island (2 grated concrete gravity-arch dams; 1 concrete gravity dam with square crested spillway; 1 double curvature concrete arch with a central overflow spillway; a flood control dam and 3 clay core earth dams) in the southern zone of the Mt Lofty Ranges. SA Water supply and transfer water from the storage to the water filtration plants with Mount Bold supplied by water from the Murray when inflows haven’t been enough. The area of land which the reservoirs sit on is approximately 8,077 hectares combined with the land playing a significant role in having a multi-barrier approach to protect water quality from contamination, all done with a workforce of 8. 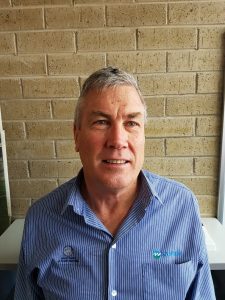 Peter Pavy is the Manager Land Management and Reservoirs in the Asset Maintenance and Operations Control group of SA Water and has been in the position since 2014.

In previous roles with SA Water, Peter has worked as a Technical Officer involved with survey and drafting, Project Management of small to medium civil works within SA Water and in the operations and maintenance of several network depots in country South Australia.

His current role oversees the operation and maintenance of the seventeen reservoir/dam assets across the state, the water supply and the transfer of water to and from storages into the Water Filtration plants that supply Adelaide and the state’s water supply. To undertake this work SA Water has a workforce of 24 employees located in six locations across the state but primarily centred in and on Adelaide’s Mt Lofty ranges generally to the east of the city.

The land management component is to maintain a healthy environment and filter for natural catchments into the storages. 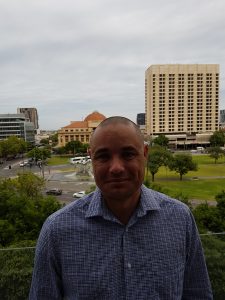 Robert began working in the water industry as a trainee in field maintenance in 2003 with SA Water based at the Kadina Depot.  During this time he gained knowledge and experience in the construction and maintenance of water mains as well as water services and customer service.

In 2007 he started working as a construction and maintenance worker based at Millbrook Reservoir depot.  Working as a reservoir operator he learnt a variety of skills including dam surveillance, water quality, land management and trunk main maintenance.
Then in 2016, Robert joined Asset Management – Dams Headworks.  In the dam’s surveillance team Robert is responsible for collecting, processing and storing data from various resources including instrument readings from operators through various locations throughout the state.  Robert is also involved in Dam Inspections and investigations that may arise.

Garry has 32 years in Mechanical Engineering working in maintenance, inspection and asset management in the UK and Australia. He is currently a Senior Asset planner in the Asset Management team providing mechanical technical support for planning across SA Water infrastructure. Garry also has previous experience in heavy industry in oil, gas and steel manufacture.